Dear member of MolluscumRx team:
This feedback has been long time pending.
My daughter (now 7 yrs old) started getting molluscums more than a year ago. First her pediatrician advised me to ignore them saying they will go away on their own. 6 months later not only had they not gone but more were cropping up. She had around 25 – 30 of these on her body. So I took her to a dermatologist who treated her with beetle juice for 3 treatments. The ones that were treated were taken care of but new ones did show up. However since the # of molluscums on her body had significantly reduced I decided to wait and watch.
At the start of this year she started having several skin infections and coincidentally right around her molluscums. The pediatricians classified those infections as several different things but I felt like there was a connection between the those and the molluscums. Eventually her molluscums started building a rash around them. It had gotten so painful that she would wake up in the middle of the night crying! By this time I was plain desperate and very frustrated by lack of response from the doctors.
While I waited for the day of dermatologist’s appointment, I searched for solution online and came across your website. I was not sure if MolluscumRx was going to work but since it was a natural product I decided to risk it. To my biggest surprise and greatest relief it worked! Even though 3 out of 4 molluscums had disappeared I made it a point to go to the dermatologist appointment and show her this wonder that worked! Not sure if anyone will believe it but I know I do.
I want to sincerely thank the team for creating this wonder. As a parent, it hurts to see your child in pain. This solution saved me from my misery!
I am attaching some pictures of one of the molluscums that I took.
regards,
Sharmila

Read More From Carla from Connecticut

Dear member of MolluscumRx team: This feedback has been long time pending. My daughter (now 7 yrs old) started getting… *

*Disclaimer: Results may vary per individual. Testimonials that appear on this site are received via email or video submission. They reflect real life experiences of individuals who have used MolluscumRx. These are individual results and results may vary. We do not claim that all consumers will achieve the same results. The testimonials are not essentially typical of everyone who will use our product. The testimonials published here are taken verbatim from our customers without correcting grammatical errors. 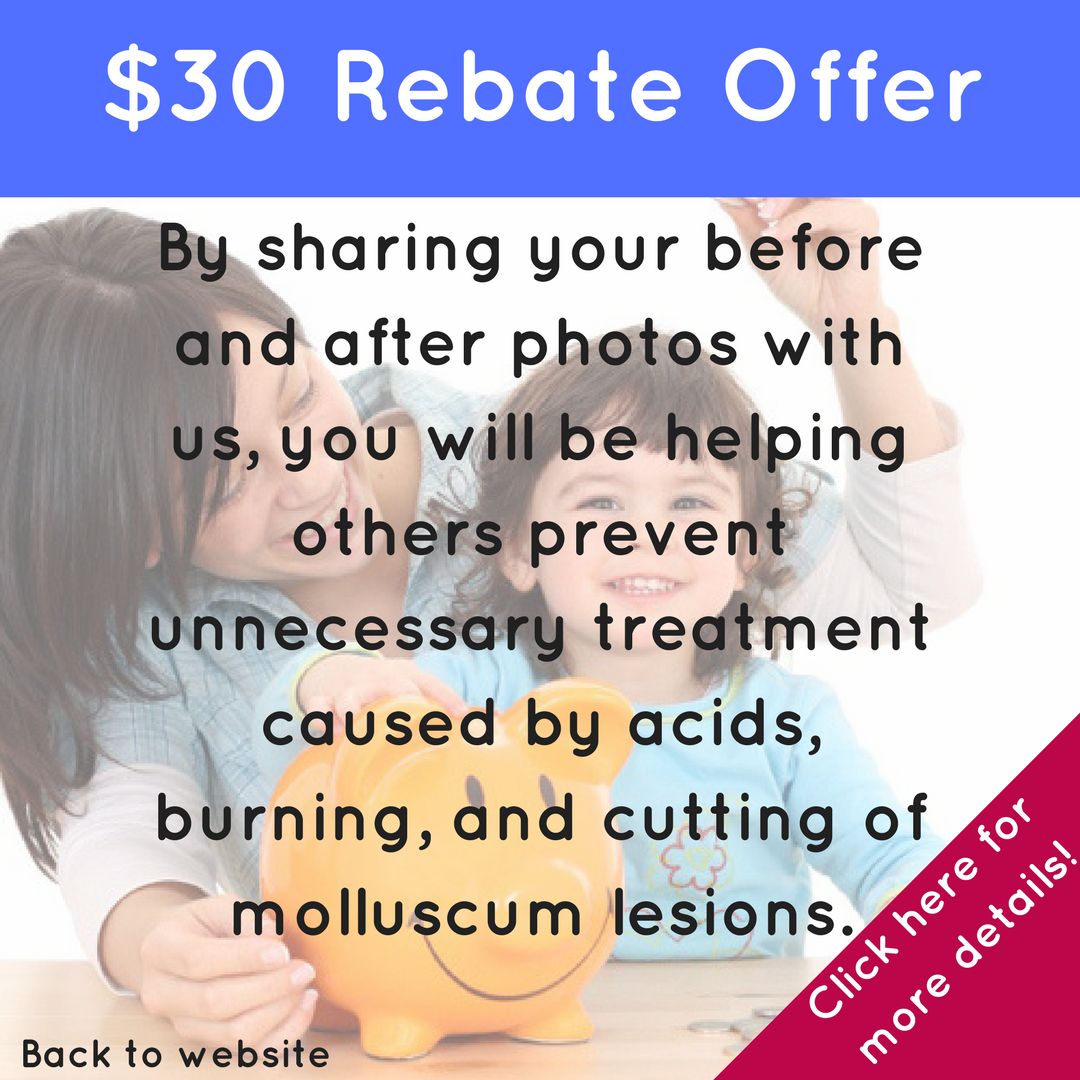